German Club will be back soon and will be open to Years 5 & 6. In the meantime, why don't you try some of these challenges from lightbulb languages at www.lightbulblanguages.co.uk. Here is the German challenge called "Lumen's German Award". You can email evidence to school@malmesbury.merton.sch.uk and Madame Fesnoux will send you a certificate!

We have been recording ourselves with puppets. Can you work out what the puppets are saying?

We read a book called 'Schwuppdiwupp, kleine graue Maus!' and adapted it, to create our own versions of a story map. We used an on-line bi-lingual dictionary to help us and were careful to make sure that our animals were the same noun gender, so as not to confuse the endings of our adjectives! Very confusing! 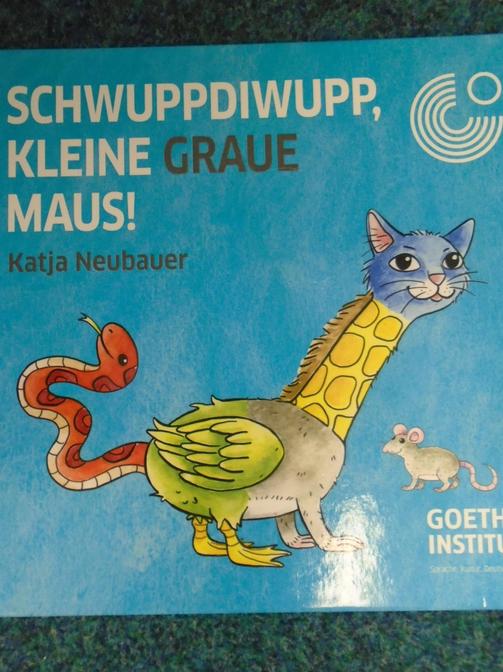 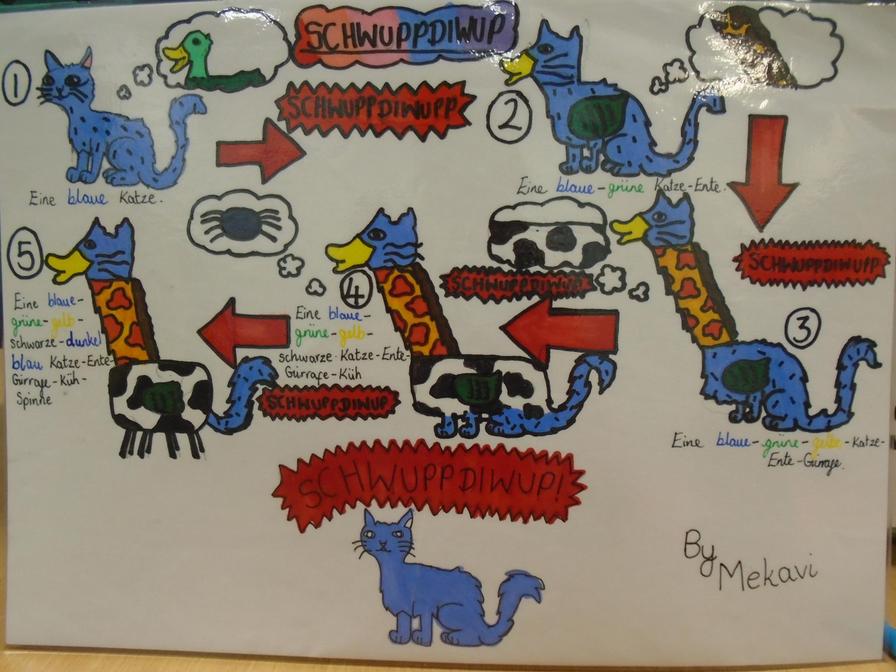 We performed a shadow puppet show of 'Rotkäppchen' (Little Red Riding Hood) to Year 1, as part of their topic on traditional tales. You can see it by clicking here.