EXPRESS YOURSELF IN LOCKDOWN

In the Spring Term, when children were learning from home, The British Council organised an event called Express Yourself in Lockdown to celebrate the different languages spoken by children living in Great Britain. We joined children from all over the country in making our voices heard, with entries from all year groups from Yr2 to Yr6. We had submissions in French, Spanish, Albanian, Urdu, Tamil and Mandarin. Click on the links in the pdf to watch some of these amazing videos!

For the European Day of Languages this year, we thought about colour and how the different colours that make up a rainbow are like our school community, made up of children, parents and staff from lots of different cultures and backgrounds, speaking many different languages, but all coming together at Malmesbury.

We also thought about artists from different parts of the world and how their vision of art is so different, but so beautiful, so we each painted a hand print in the style of our artist.

You can see the original in the Hall, made up of hand prints from Nursery to Year 6.

The artists we studied were from France, Romania, Poland, Curaçao in the Caribbean, Ghana and the USA (originally from Germany).

In July, Year 5 were very excited to be speaking to their French pen-pals via Skype. Our children prepared a few sentences in French and our pen-pals spoke in English. It was sometimes a bit difficult to understand, but it was nice to see each other. Find out more about our pen-pals on our 'International Links' page. 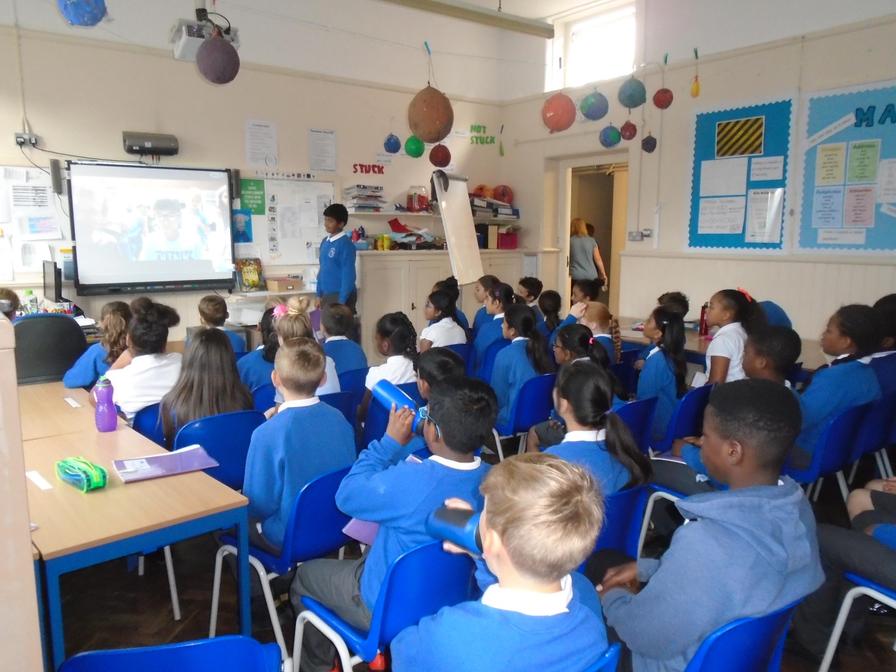 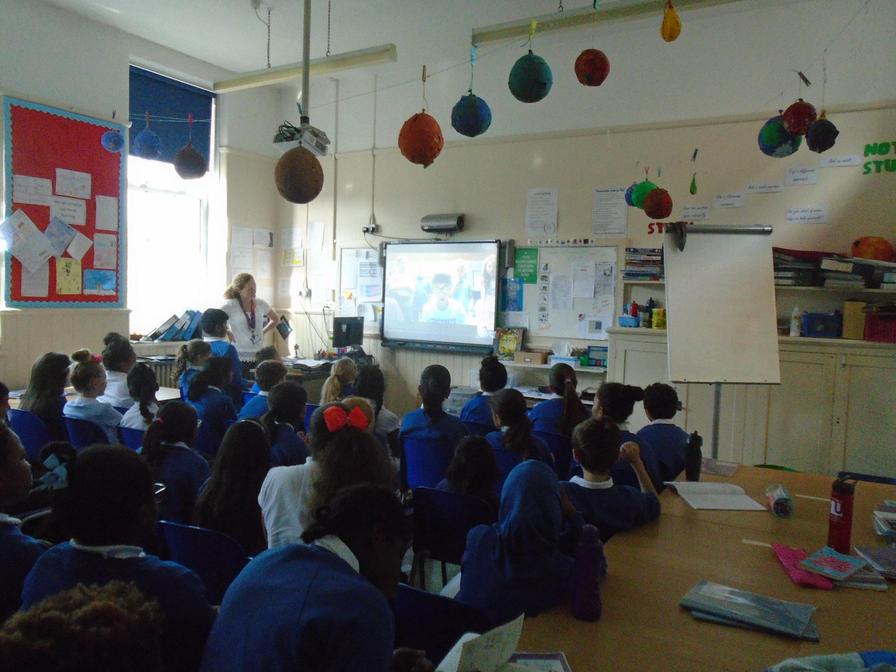 For this year’s Languages Day we celebrated the 30th anniversary of the fall of the Berlin Wall. We began with an assembly exploring the history of the wall and thought about how people would have been affected by it. Then we spent the day on various activities around this theme, including geography, art and German language activities and a wide game where children had to find German words around the playground. We baked gingerbread men and heard German music from the time.

The Fall of the Berlin Wall - Breaking Down Barriers

We had a fantastic day learning about some of the countries and languages represented at our school, culminating in a showcase at the end of the day. Thank you to our wonderful language experts who taught us lots of new phrases in different languages from Europe, Asia, Africa and South America.